For a second consecutive year, Style Crest® has been awarded MHI Supplier of the Year. The award was presented during the 2015 Manufactured Housing Institute Congress & Event Expo, held at Paris Hotel and Casino in Las Vegas. Voted on by the members of MHI, Style Crest was recognized for its continued innovation in products and programs, along with its continued support and advancement of the industry. Bryan Kern, CEO, and Bill Vogel, Executive Vice President Sales for Manufactured Housing, accepted the award on behalf of the entire Style Crest organization. 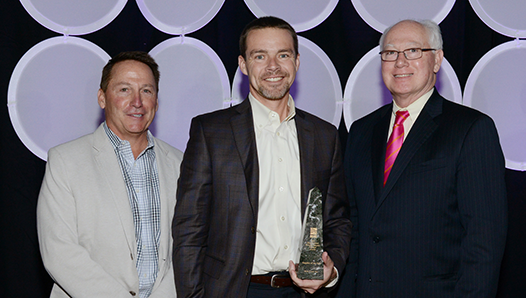 Style Crest has continued to show leadership in the industry with innovative products including the complete line of Revolv® Indoor Comfort Products with AccuCharge® Systems designed for mobile home applications, Chocolate and Charcoal Skirting, Premium 13″ Skirting, and programs such as Generate Leads For Me and the Revolv® Dealer Program.

Style Crest is a manufacturer and distributor of over 4,000 products servicing the Manufactured Housing Industry nationally for over 40 years. This is the fifth time Style Crest has been recognized as MHI Supplier of the Year, previously winning the award in 1996, 1998,1999 and most recently, 2014.